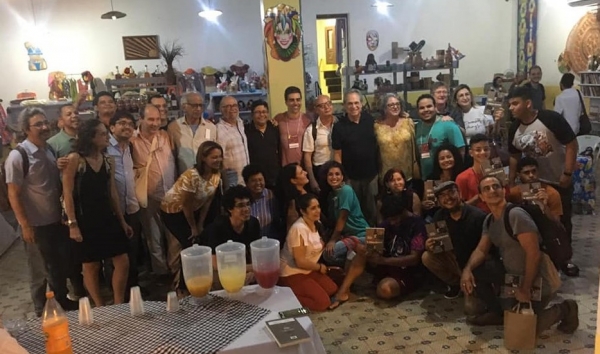 LATWORK in Brazil was represented by research professors Roberto Veras de Oliveira (UFPB), Mário Henrique Guedes Ladosky (UFCG) and José Dari Krein (UNICAMP), who actively participated in the construction of the activities and discussions on the theme of the work.

The objective of the meeting was to analyze the transformation of different productive territories that, in a recent period, underwent changes provoked by new socioeconomic dynamics, checking with special attention their implications for labor relations, especially in the Eastern Amazon of the state of Maranhão, in the south of Rio de Janeiro, and in the Clothing Pole in the rough state of Pernambuco.

Seven groups were organized with the presentation of works of several researchers, where the following themes were contemplated:

2 - Public policies on employment and income

In addition, 3 conferences and 6 round tables were held that discussed the main consequences of Labour Reform in Brazil and changes in labour relations on different sectors and segments of workers. One of the most impacting consequences is the growth of labour informality in Brazil, which also implies an increase in the precariousness of labour conditions and social relations.