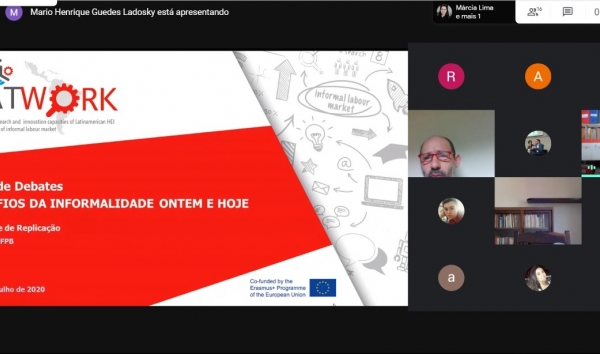 Labour national surveys delivered in Brazil, Argentina, Chile and Mexico were the subject of the first two sessions, during which the difficulty found in measuring informality in those countries was addressed. Popular economy was the main subject of the third session, as well as the law in Brazil which should have guaranteed an emergency help for recyclable material collectors during COVID-19 pandemic. At the fourth session, another side of non-structured labour was addressed: platform workers. Finally, the last session consisted of an exposition of informality’s challenges.

Positive comments ware made about the event and of LATWORK Project. They contributed to broaden the informality debate among professors and students of the different high education institutions which were present in the debate.